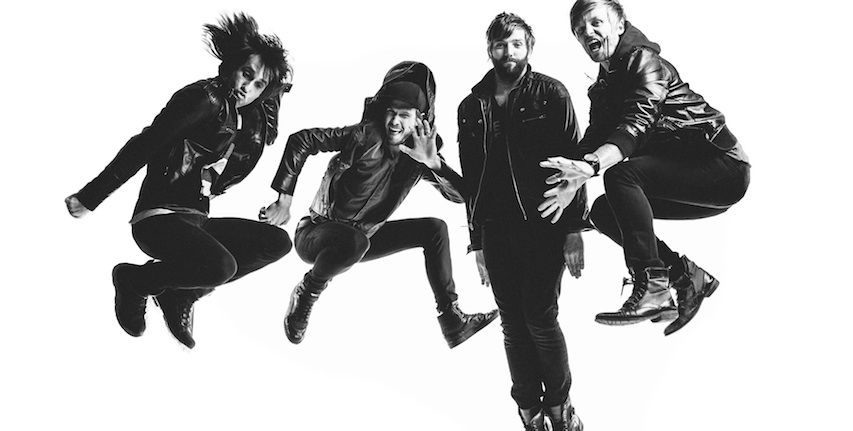 The rock band Disciple first came together in Tennessee back in 1992, when Kevin Young, Brad Noah, Adrian DiTommasi and Tim Barrett were in high school. Known for their hard rock sound, and thought provoking lyrics, the band quickly caught the attention of record executives and released their first CD, What Was I Thinking in 1995.

Though the group considers themselves a “Christian band,” their music has been able to cross genres and appeal to people of all age groups and all walks of life. “We’ve always wanted to be a rock band and wanted to minister to that genre of people who like that style of music, ever since we were about thirteen or fourteen years old,” says lead singer Kevin Young. “So it’s something that God ingrained in us a long time ago. For me, those were the types of bands that were ministering to me as a kid.”

For Kevin Young, being able to reach a younger audience is something that has always been a personal goal, due to his own experience as a teen. “I was trying to find my way as a teenager, and there were a lot of Christian rock bands that really helped me in my walk with God as a teenager,” he says. “To go see those bands play live and hear them talk about Jesus from the stage, it really made an impact on my life personally. And it impacted how we approached being a band. Those guys had a huge influence on our lives. But we’re not sold on just one type of person, I think the Gospel is definitely for everybody.”

Consisting now of Kevin Young, Josiah Prince, Jason Wilkes, Andrew Stanton, and Joey West, the band continues to inspire with their latest O God Save Us All (November 13, 2012) featuring the song “Draw the Line.”

“When I write songs I always ask, ‘how is this going to go over live,’” says Kevin. “I think when you hear the songs on this album it’s definitely loud, but it goes to a whole different level when you hear it live – everything is turned up a notch, not just in volume, but in the energy and intensity. We want our songs to move people, to get them to respond and give a feeling of being wrapped up in the music, and we hope that’s exactly what this record does.”